Ruud Vat in conversation with Logistiek.nl

For forty years, Ruud Vat managed his company, which he expanded from a ‘simple car groupage specialist’ from Rotterdam to an international logistics service provider. Letting go of daily management of the family business is hard on the ‘baby boomer’, he tells in the series Five Generations in Logistics, in which logistics professionals tell their stories in Logistiek.nl magazine. But Vat remains fully involved on the sidelines. “I can still enjoy how various generations work together,” he says.

In January 1974, Ruud Vat waved goodbye after eighteen months of military service, and at that point he did not know exactly what he wanted. “I then 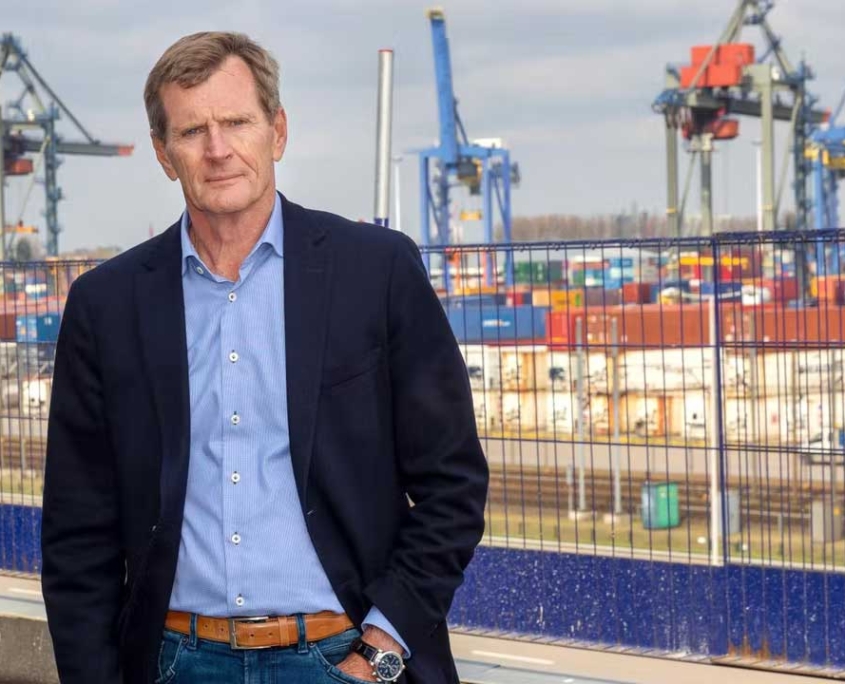 just joined my father’s transport company,” he says. That company went bankrupt – when he had been working there for a year – and at that point Ruud Vat decided to start for himself as a road haulier.

How did you get started?

“In the beginning, I switched very quickly towards groupage transport. For that, I initially used a colleague with his own warehouse in the old Rotterdam inner harbour. That move led to me really wanting to go into the warehousing side. At some point, an opportunity presented itself there, resulting in me having seven small warehouses in no time. We ended up being able to keep expanding the business after we opened our branch in Distripark Eemhaven.”

Were you destined for logistics?

“I actually rolled into this profession. In our family, it is – what I call – a ‘defect in the genes’. My grandfather had a transport company, but due to early death, no succession was yet possible within the family. Three of his sons decided after World War II to each start again with a similar company. As the third generation, I was then forced to do the same for the reason mentioned above, as I could not take over my father’s business. So I too started again in the road transport business. My son Cuno, who succeeded me in 2015, eventually did.”

What has it brought you?

“A lot. Looking back now, it’s especially nice to see how this company has developed from a ‘simple’ road haulier to a logistics service provider that not only operates in warehousing, but also in air and sea freight with foreign branches. The dynamics and foreign contacts have brought me a lot in those forty years. Very important to me in that period was working with people.”

As a ‘boomer’, how do you interact with other generations?

“I have found working with different generations very enjoyable. It is wonderful to work with both young and experienced people. When you talk about the profession, it’s nice to see, how that has evolved in people’s education over the years. In my younger years, mulo or meao were fine, but that has evolved into hbo and wo. As a logistics service provider, Neele-Vat needs people – also considering its size – with the most diverse education: from vmbo level to scientific background. It is great fun to work with young people. Especially with graduates of universities of applied sciences and higher education when it comes to their development. In their own way, they have learned to think abstractly and come up with ideas that make me think: we can do it that way too. I found and still find it especially important that you have to constantly engage with your people – whatever generation it may be – and above all challenge them.”

Does the current generation have it better together?

“I doubt that. In our time, maybe the psychological pressure was less. Nowadays, the world has become so small that the pressure to react quickly is very strong. In my time, we still had the telex or the telephone. Those were the only forms of communication, and then a response could take a few hours or a day. Today’s generation has much more handles with IT. In that sense, I think they have much more time and space for development and challenges. In doing business in the past, I did a lot from the gut, and sometimes things went wrong. We can’t do that now, especially when you consider the size of our company.”